17 Year Old Banned From Taking Her Girlfriend To The Prom

Deprecated function: The each() function is deprecated. This message will be suppressed on further calls in menu_set_active_trail() (line 2394 of /home/aazah/public_html/includes/menu.inc).
Submitted by Dick Kannon on Tue, 04/04/2017 - 02:49 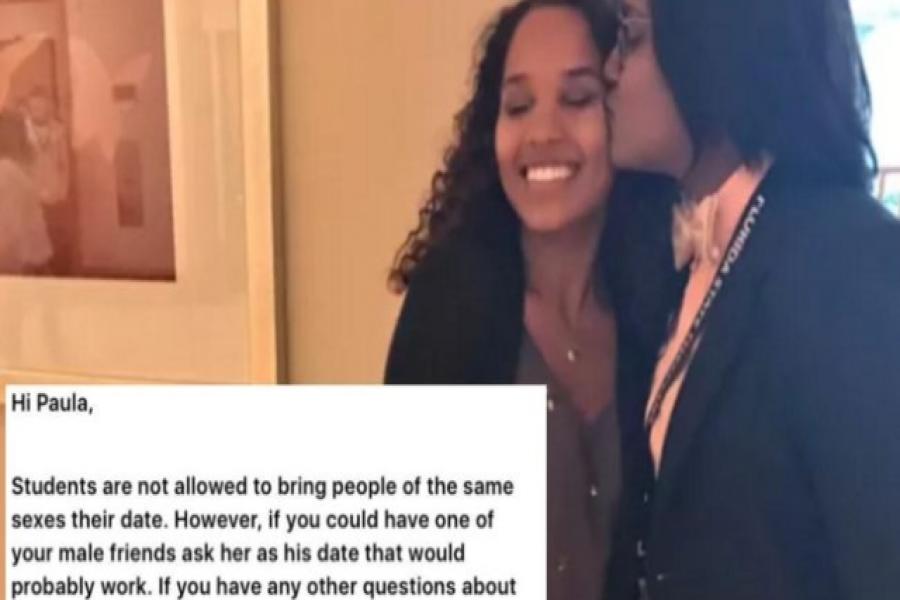 A 17-year-old in Florida has taken to twitter after her school banned her from taking her girlfriend to prom.
Paula Goodgame and her girlfriend, Anjali Persad, have been dating for four months after Goodgame recently moved to the area.

Together, the pair have been planning and looking forward to going to prom together.
However, the two were shocked to discover that her school banned Goodgame from taking her girlfriend as her date.

The news came after Goodgame reached out to a teacher when a student told her she wouldn’t be able to bring her girlfriend.
The teen’s school, which is Catholic, states in guidelines that “escorts must be of the opposite gender”.

Goodgame’s guidance counsellor sent the email saying that she would be unable to bring a “same sex date”.
The alternative was that a “male friend could ask her as his date”.
The student shared the email on Twitter, where people were inevitably outraged.

“I hate seeing sh*t like this why are schools still stuck in the 1920’s,” one user wrote.

Another person on the platform opted to email the school themselves because she would not “put up with this b*llsh*t”.
Hundreds more people shared messages of love and support with the young couple.

“I really love all the love and support we’ve received since the tweet blew up, It’s been really amazing watching the LGBT community stick up for each other,” Persad said. “I hope that all other LGBT students in our situation can find courage to stand up for themselves and for others so we can find equality for all.”

Goodgame added that this was the first time she had faced discrimination, having previously been accepted by her friends and family.

She said: “There are other gay people at the school, and a couple of the students there have gay parents. No one really expected this to come about, especially me and my friends.

“My family and my best friend’s family is Catholic and they’re supportive of what I do because they believe in ‘love thy neighbor’ despite who that ‘neighbor’ is.”

“If she can’t go to my prom, then that prom is not worth going to,” Goodgame explained. “You’re supposed to have that whole ‘magical’ night with someone special, ya know? It wouldn’t be worth it without her.” 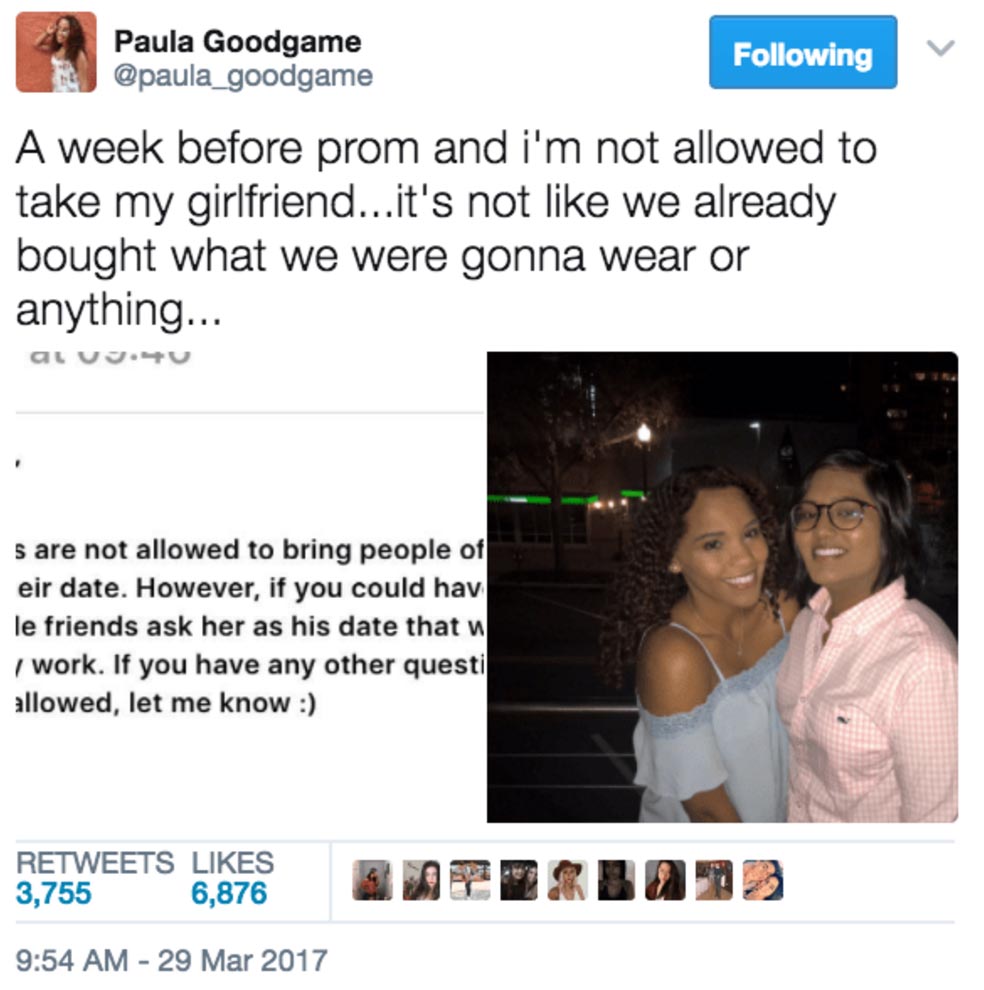